Pilates as an exercise regime was developed around 100 years ago, however, has hugely increased in popularity in recent years. There are a lot of myths around Pilates – some are actually true while others are nothing but myths. So here are 8 amazing Pilates facts and figures that will shed light on this popular and widely practised exercise program.

1. Pilates is not a form of Yoga

Although Pilates and Yoga share some principles, such as their holistic approach to harmonize body and mind and their general purpose to develop strength, flexibility, posture, balance and good breathing technique, they are two different exercise regimes.

Yoga originated in Ancient India over 5000 years ago. Pilates was developed by German-born Joseph Pilates just over 100 years ago. Whilst Yoga focuses on improving the flexibility of your body through static poses, Pilates’ emphasis is on strengthening the muscles of your body, particularly the core muscles, in a flow of movement, which, in return, leads to improved flexibility.

Pilates exercises are performed both on apparatus and mats, whereas classic yoga exercises don’t require any equipment.

In the early days, only selected people were allowed to practise Pilates and that only in some specialist studios.

When Joseph Pilates, the inventor of the exercise regime, devised the individual exercises, he implemented a method where you control your body, muscles and mind.

Every move in every exercise is designed to focus on your core muscles in the so-called ‘powerhouse’ – your abs, pelvic floor and lower back – while paying attention to proper alignment and the correct breathing method.

Contrology was Joseph Pilates’ preferred name for his exercise regime and seen as the art of control over body and mind.

Originally, there were only 34 mat exercises which are still part of a basic Pilates workout, such as the hundred, single and double-leg stretch, the roll-up, swan-dive, shoulder bridge, jack knife and spine twist, to name but a few.

In total, Joseph Pilates devised over 500 exercises including small and large Pilates equipment, such as magic circles (which he made from the steel band around beer kegs), the Reformer, Wunda Chair, Cadillac, Ladder Barrel and the Spine Corrector.

4. Pilates was originally developed for men

Nowadays, only around 25% of people practising Pilates are men. One important reason for this is the common misconception that Pilates is an exercise program for women only. However, Pilates was initially invented for men, well, strictly speaking for a man, Pilates himself.

Trying to tackle his poor health, Pilates came up with an exercise program he first tried out on himself – with success. Years later, during World War I, when Pilates was an intern in a camp on the Isle of Man, he put together a workout for other interns to help them recover from various injuries.

That’s where he refined his technique making the exercise program suitable for a broader male audience. It was only after emigrating to the United States at around 1925, that he opened a studio to cater for dancers as well – both male and female.

Unlike other exercise programs, Pilates does not focus on a particular part of the body but rather on your whole body and on harmonizing it with your mind. In each exercise, every part of your body is recruited, though not necessarily simultaneously but sometimes consecutively.

One aim is to challenge your body and this challenge requires a lot of concentration, focus and body control. To fully control your body, you have to be in control of all your muscle groups and know how to switch them on and off during an exercise. And to be in control of your muscles, they need to be strengthened which, again, is achieved through the various exercises

The result is enhanced muscular strength, apart from improved flexibility and posture. This, in return, will boost your metabolism as your toned muscles are metabolically active. A faster metabolism means that you will burn calories from food faster – but not just during the exercises. Once you are done, it really takes off.

Tennis players, such as Andy Murray, often start using Pilates as part of their fitness regime after an injury to help recovery and to prevent future injuries. However, they also utilize it to rectify muscle imbalances, to improve flexibility and to build core and stabilizer muscles.

For football players, Pilates is also a great tool for recovering from injuries and for preventing them. One famous football star, David Beckham, took up Pilates during his time at AC Milan and practises it one hour a day. Apart from the key benefits – improved coordination, mobility and flexibility, balance and subtleness – Beckham also experienced some body fat loss as a result of exercising regularly and feels that he is ‘in the best shape in years’.

Actresses Jennifer Anniston and Kate Winslet are also true believers of Pilates. Jennifer Anniston initially chose it to alleviate her chronic back pain and bad hip problem and says that ‘daily exercises make her feel healthier and taller. Kate Winslet, on the other hand, mainly started it to keep her weight under control and stay fit. She feels that she has reached her ‘ultimate figure’ now.

For Queen of Pop Madonna, doing Pilates is an integral part of a healthy lifestyle which is also true for top model Heidi Klum. Madonna’s main reason for taking up Pilates was to achieve a better posture, learn how to breathe correctly and know how to prevent injuries during her long and exhausting tours. Both stars exercise Pilates regularly to stay fit and healthy.

8. The most common reason to start Pilates is to heal and prevent back injuries and pain

Although this is why many people initially take up Pilates, the reasons to continue vary:

What is a Magic Circle in Pilates? – Can it Do Magic?

What is Barre Pilates? 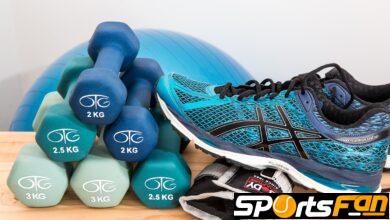 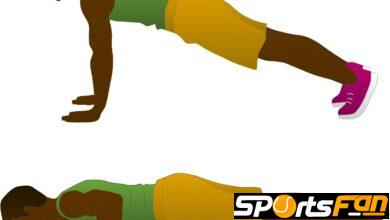 The Benefits of a Pilates Reformer – Whole Body Improvement 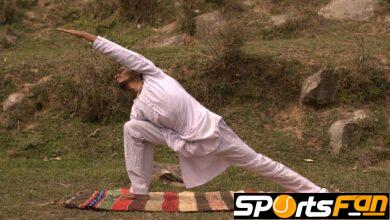 The Side Effects of Pilates – More Than You Bargained For 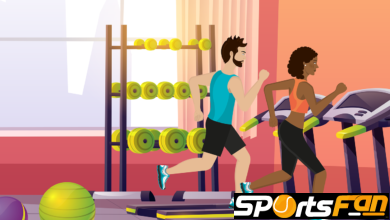